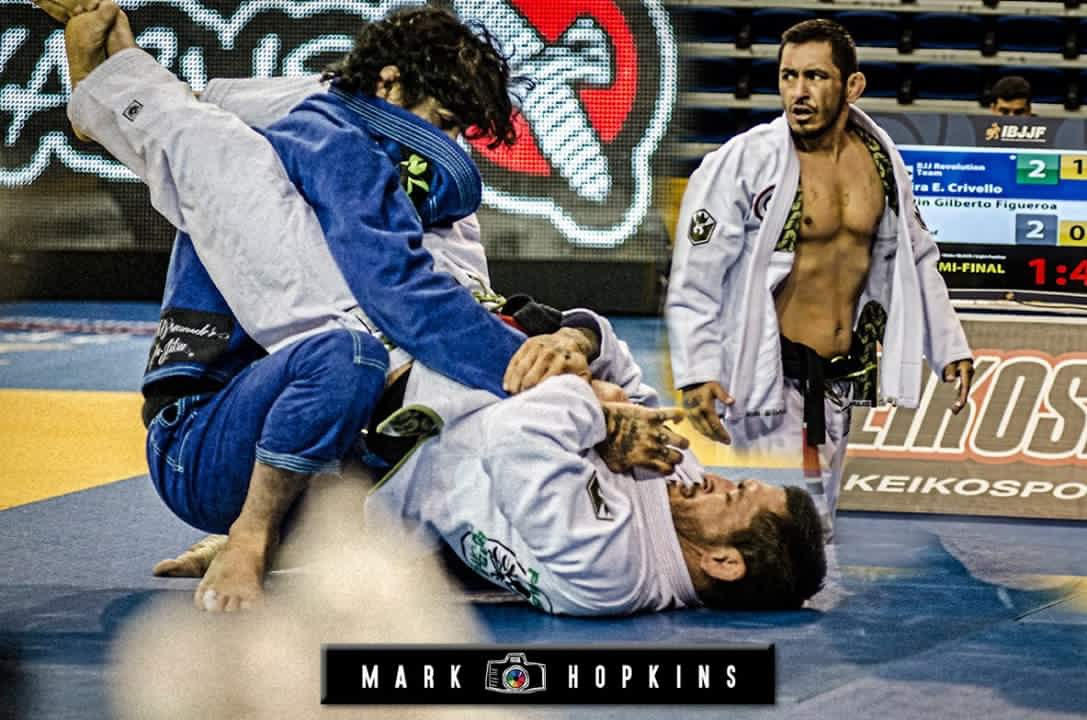 Martin Figueroa, a third degree black belt, is the lead professor and founder of Figueroa Brazilian Jiu-Jitsu Academy in Vista. Martin, a local of Vista, is training a new generation in the sport he loves and gives credit to what turned his life around.

Martin began his martial arts experience at age 12, learning to box at Fuentes Boxing in Vista.  Run by Juan Fuentes, Fuentes Boxing was in a small shed with a dirt floor and a rope marking out the ring – but took boxing seriously.  Martin regularly ran 3 – 4 miles there and back home to learn the “sweet science.”

In high school, Martin met Frank Sorino, a counselor, who also ran a small gym out of a garage in Carlsbad, where he picked up boxing again.  Frank continues to reach out to many kids through his program “Join Hands – Save a Life” in Carlsbad, and was Martin’s first mentor.  Martin is following Frank’s example in reaching out to all kids, regardless of their economic situation, to teach them the discipline and self-confidence that comes with learning martial arts.

In the early 90’s, as a teenager, Martin saw the early UFC fights, and was immediately attracted to Brazilian Jiu-Jitsu.  As a small and skinny teenager, he was impressed to see Royce Gracie defeat much larger and heavier opponents.  He immediately found a few locals he could train with in living rooms and garages, notably Steve Neklia (who writes “Grappler’s Corner” for Black Belt magazine) gave Martin lessons in exchange for cleaning his mats.  But what really inspired Martin was meeting Rickson Gracie at a seminar.  After that he shares, “I was in love with BJJ.”

In 1997, at age 20, Fabio Santos introduced Martin to Carlos Valente, a black belt who trained directly with the Gracies, and he began training in earnest, working his way from blue belt to black belt; entering many tournaments along the way.

In 2010, Martin won the bronze medal at the Pan Ams, one of the prestige events in BJJ.